Important information about the US Census 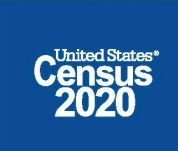 Lexington Two encourages EVERYONE to respond to the Census. We've got information here about what you can expect


Once every 10 years, the United States conducts a Census to count the country’s population. Each year, the federal government distributes about $675 billion to the states, with South Carolina averaging $7.1 billion in direct federal aid to the state budget, according to the Census reports. That’s about $1,468 per person.

The Census directly impacts federal funding for schools and communities in South Carolina, including funding for special education, teacher training, school meals assistance, technology and after-school programs.  In addition to aid, the Census is used as a planning tool for more programs, services and projects than we have space to list here -- from attracting new businesses to planning for hospitals, public transportation, and more.

Most U.S households have received an invitation in the mail from the US Census Bureau.


Lexington Two encourages EVERYONE to respond to the Census. Responses can begin anytime after you've received your mailing -- preferably through online, at 2020census.gov. Replying by mail or phone is also an option. The online Census form and telephone line will be available in 13 languages, and language guides will be available in 59 languages other than English (2020census.gov/en/languages).


In the age of the Internet, some are concerned about confidentiality. By law, your Census responses cannot be used against you in any way -- or used against you by any federal agency, such as the FBI, Department of Homeland Security or US Immigration and Customs Enforcement. There are no exceptions. This law has been challenged and upheld several times through the years at the US Supreme Court.


We have included several attachments here, in English and Spanish,  about how the Census will work, as well as about confidentiality issues.


If you do not have internet access at your home, our schools will make computers available to families to fill out Census forms over the next few months. Ask about it at your school’s front office. Please watch for additional information from your schools about the census.


Let’s make sure everyone is counted in Census 2020.